Mauna Loa, The World's Most Massive Volcano, Erupts After a Long Silence

After 38 years of silence, Mauna Loa, the world's most massive volcano, dramatically came back to life just before midnight November 27, 2022. 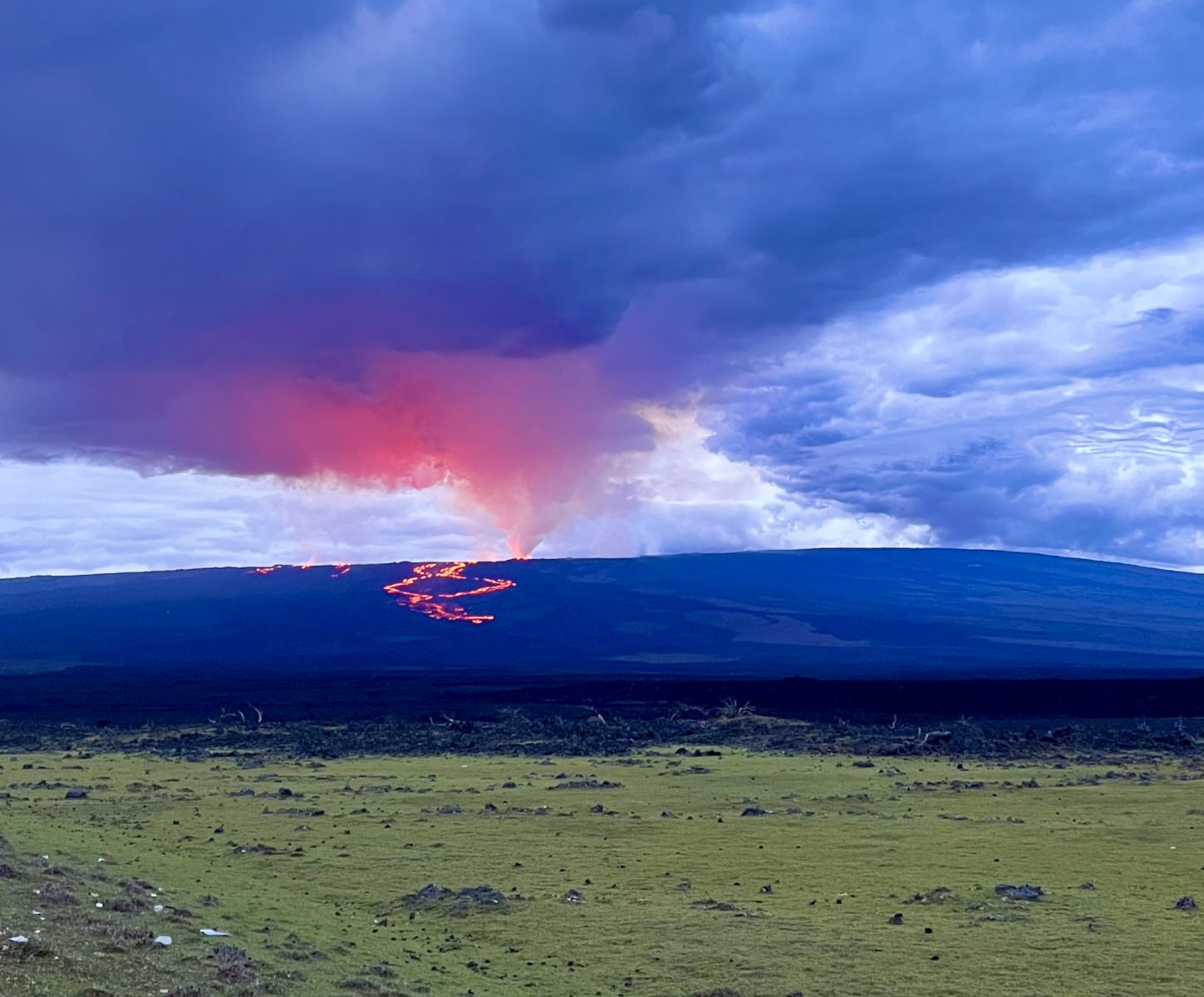 Residents of the Big Island are very accustomed to volcanic eruptions, but all of the activity over the past 38 years has come from smaller Kilauea volcano, which pales in comparison to the size and destructive potential posed by Mauna Loa eruptions. Unlike Kilauea, Mauna Loa towers 13,679 feet into the sky - tall enough to collect heavy snow during the winter months. Mauna Loa, while being a few feet shorter than nearby snow-capped Mauna Kea, is more massive than the other four volcanoes on the Big Island combined due to its shallow slopes and vast high elevation areas above 6,000ft. Making up more than 50% of the Big Island by area, Mauna Loa eruptions can impact wildly different parts of the island depending on the direction the lava flows. And on November 27, Mauna Loa came to life 18 miles above the island's largest city, Hilo, leaving thousands of homes under threat. 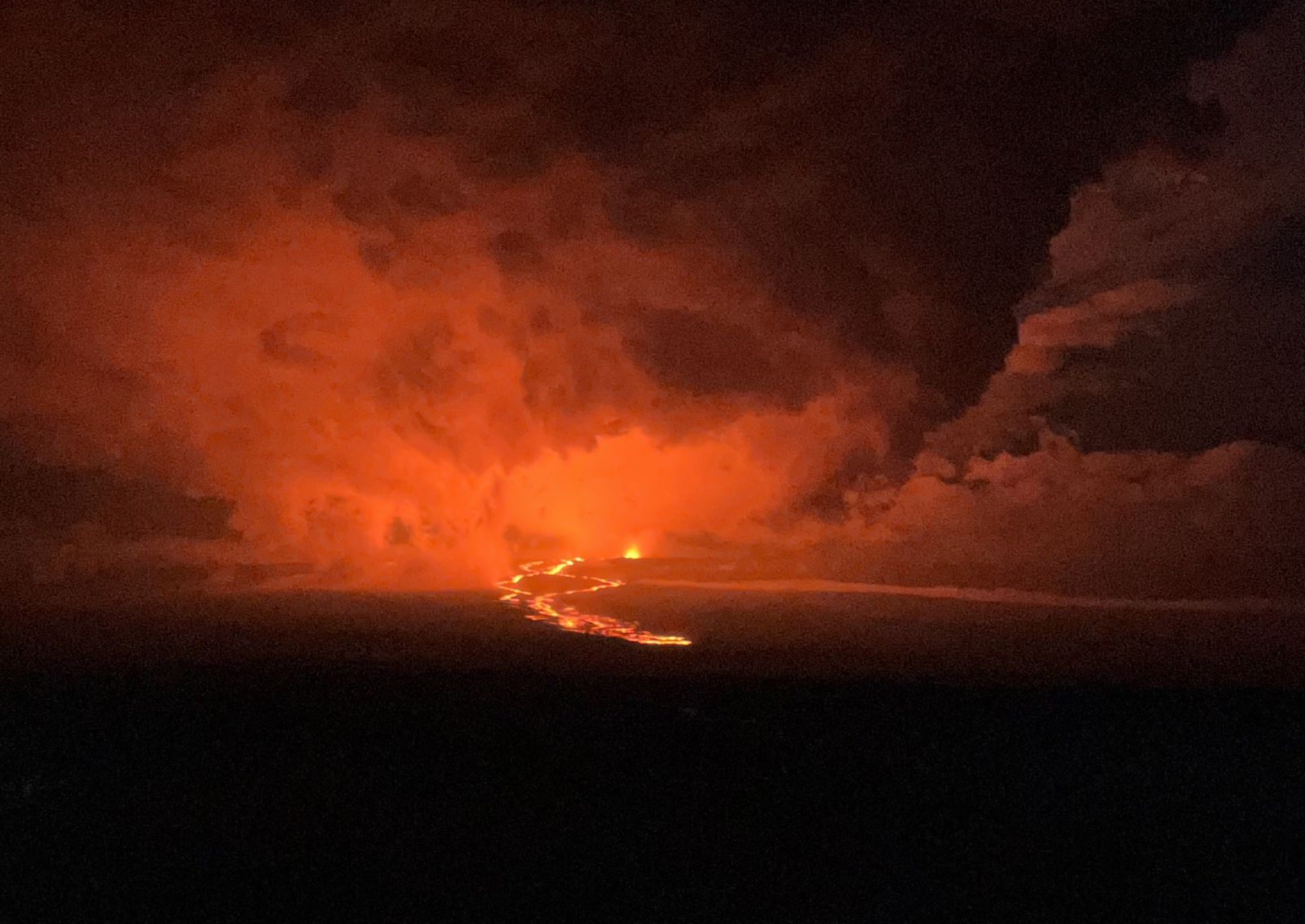 The eruption, like all other recorded Mauna Loa eruptions, first began at the summit of the volcano. Massive Moku'aweoweo caldera (a giant crater at the top of Mauna Loa) flashed into a boiling lava lake - igniting the night sky orange across the island. Within a few hours, the eruption moved a few miles away to the volcano's northeast rift, where a series of cracks (fissures) formed in the ground and began shooting out fountains of lava. Over the course of the first day, the majority of the activity began to center around fissure 3 at 11,000-ft elevation. A lava flow from fissure 3 began traveling almost due north - away from the city of Hilo and instead towards a high elevation plateau known as "the Saddle" to locals. 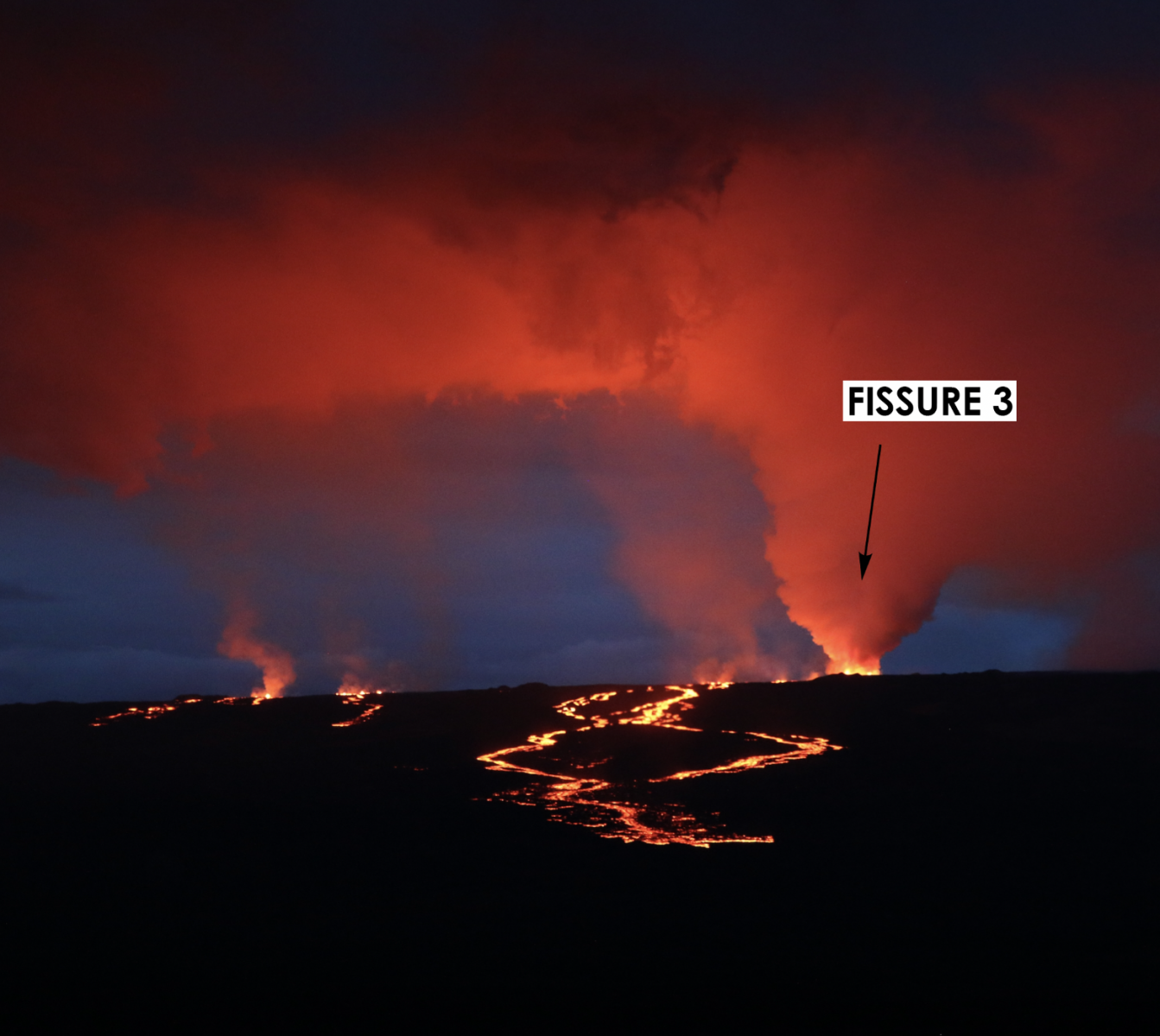 The Saddle contains a US military base known as Pohakuloa Training Area, as well as the only highway that bisects the high elevation interior of the island. By the second day of the eruption, the lava flow from fissure 3 was now over 5 miles long and moving in the direction of the Saddle Road, a vital transportation line that connects the east and west sides of the island. Residents lived in fear that the road would be swallowed up by the jagged a'a lava flow, leading to months or even years of travel delays across the island.

As the eruption continued into December, fissure 3 dominated the night sky with lava fountains up to 200ft high - feeding a lava flow which inched closer and closer towards the Saddle Road. Thousands of residents and visitors were spellbound by the eruption's power and beauty - which was visible to over half of the island's residents in the form of a glowing eruption cloud at night.

By December 8th, the eruption began to show signs that it was winding down. The lava flow came within 1.7 miles of the highway and then suddenly stopped. Over the next few days, the fountains of lava at fissure 3 became smaller and were replaced by a boiling lava lake, which slowly began to cool and receed. In many ways, the 2022 Mauna Loa eruption was ideal because it was spectacular, widely visible and impacted one of the least populated areas in the state. Minus a few scientific roads and structures, the 2022 Mauna Loa eruption left no damage.

On December 19, only days after the eruption stopped, a winter storm brought heavy snowfall to Mauna Loa - coating the smoldering leftovers of the eruption in white powder. Only in Hawaii! 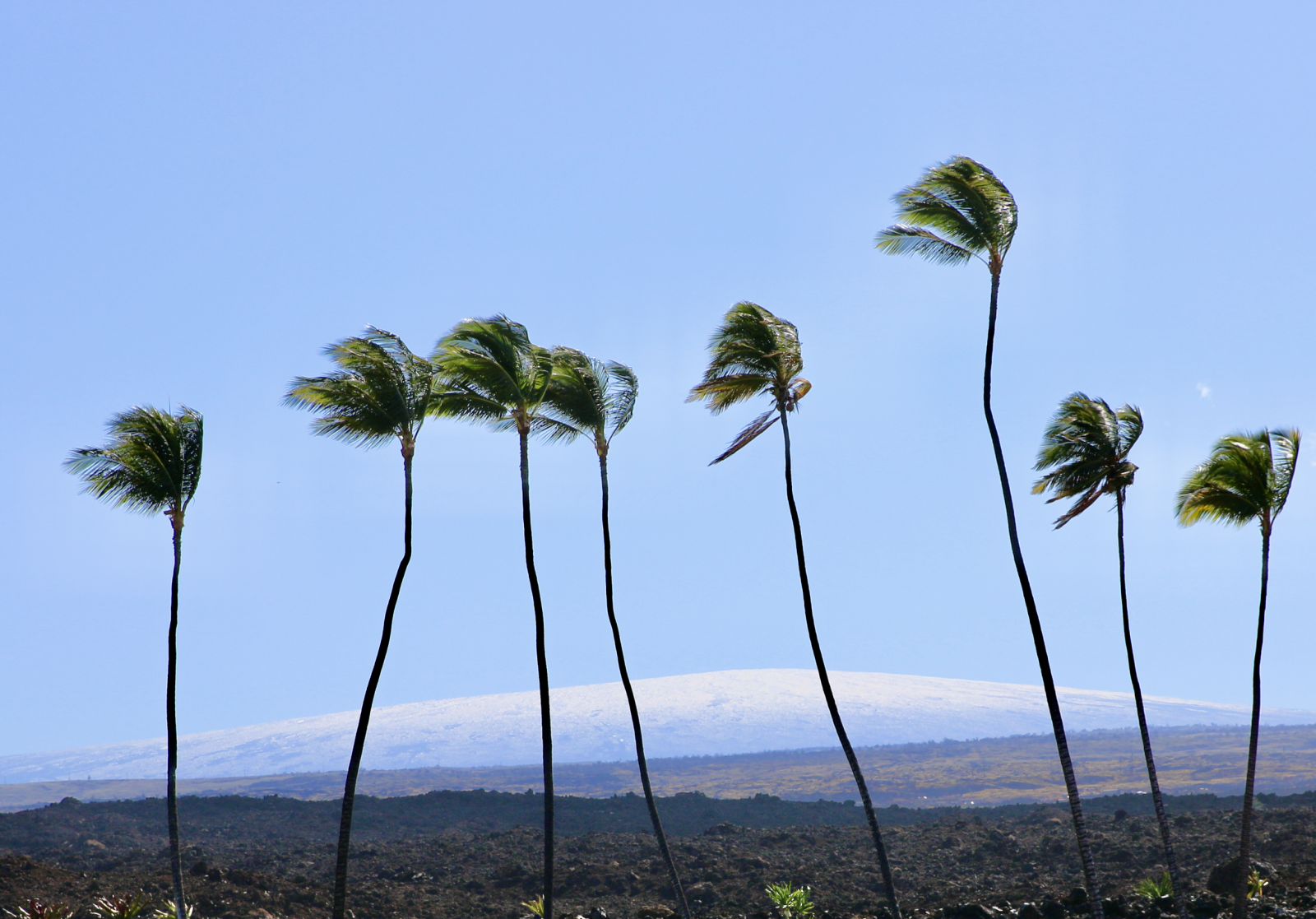 As for the future, Mauna Loa will definitely erupt again - but only time will tell if the volcano will wait another 40 years, or only a few months before returning to life. Prior to 1950, Mauna Loa erupted about every five years, but recent eruptive activity has been lower - with the nearly 39-year break between the 1984 and 2022 eruptions being the longest period of inactivity in its recorded history. Interestingly, the lava lake at nearby Kilauea volcano crusted over and ceased being active just a few days ago - so for only the second time in 40 years, the Big Island currently has *no* erupting volcanoes.

Us locals are rejoicing in the brief silence (and crystal clear air) - but we all know Kilauea and Mauna Loa will come back to life soon enough. We live our lives with profound respect for the volcanoes that both made this island, and will one day reclaim its fertile lands.