Hawaii's greatest asset is its tropical weather. Located in the middle of the warm Pacific Ocean, Hawaii's weather is moderated by the sea - rarely becoming too hot or too cold. On a smaller scale, the weather in Hawaii is fascinatingly complex and varies dramatically over short distances. The Big Island's climate depends on where you are staying - some places can expect near daily rainfall, while other areas are reliably sunny and dry. 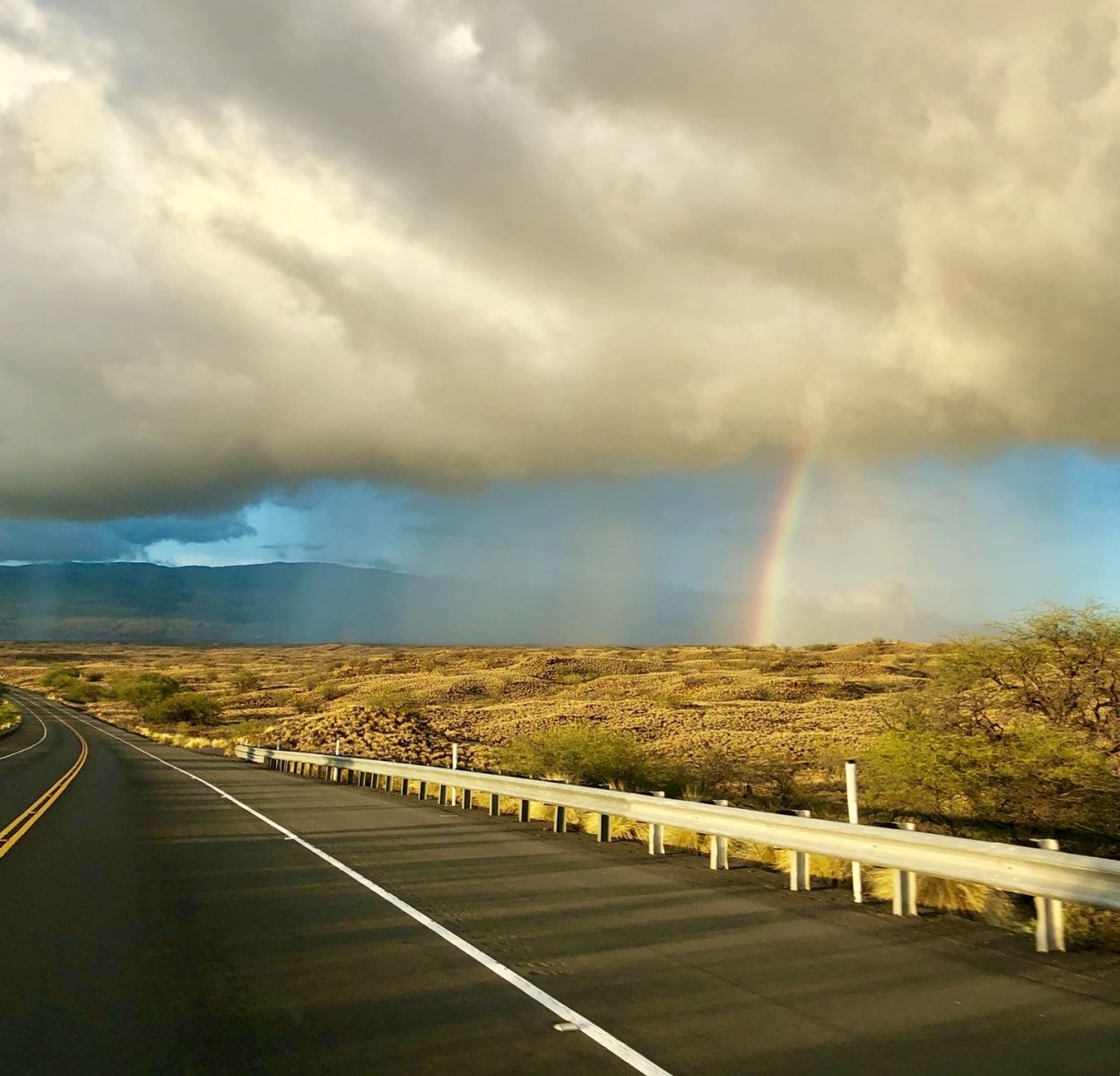 All of Hawaii, with the exception of Kona on the Big Island, is wetter during the winter months. Native Hawaiians divided the year into two parts - the rainy season from October to April, when the regular easterly trade winds are interrupted by occasional rain storms, and the dry season from April to September. Kona is the one location in the state where summer is the rainiest time of year due to its sheltered location behind large volcanic mountains.

While more rain occurs in the winter, the amount of rain varies hugely from place to place. In general, the north and east sides of all Hawaiian islands are significantly greener and wetter than the leeward (west) coasts. This is because of the trade winds, which blow 75% of the year from the northeast. The trade winds boil into rain showers when they reach the steep island slopes, dropping huge amounts of rain. The wettest location in the United States (until recently thought to be on Kauai) is "Big Bog" on Maui's northeast coast - where 500 inches of rain may fall in a year. As the trade winds descend down the leeward side of the island, they become dry and lead to sunny, pleasant weather. As a result, the "resort coast" on the Big Island is located on the west side of the island - where sunny and pleasant weather can be expected most of the time. 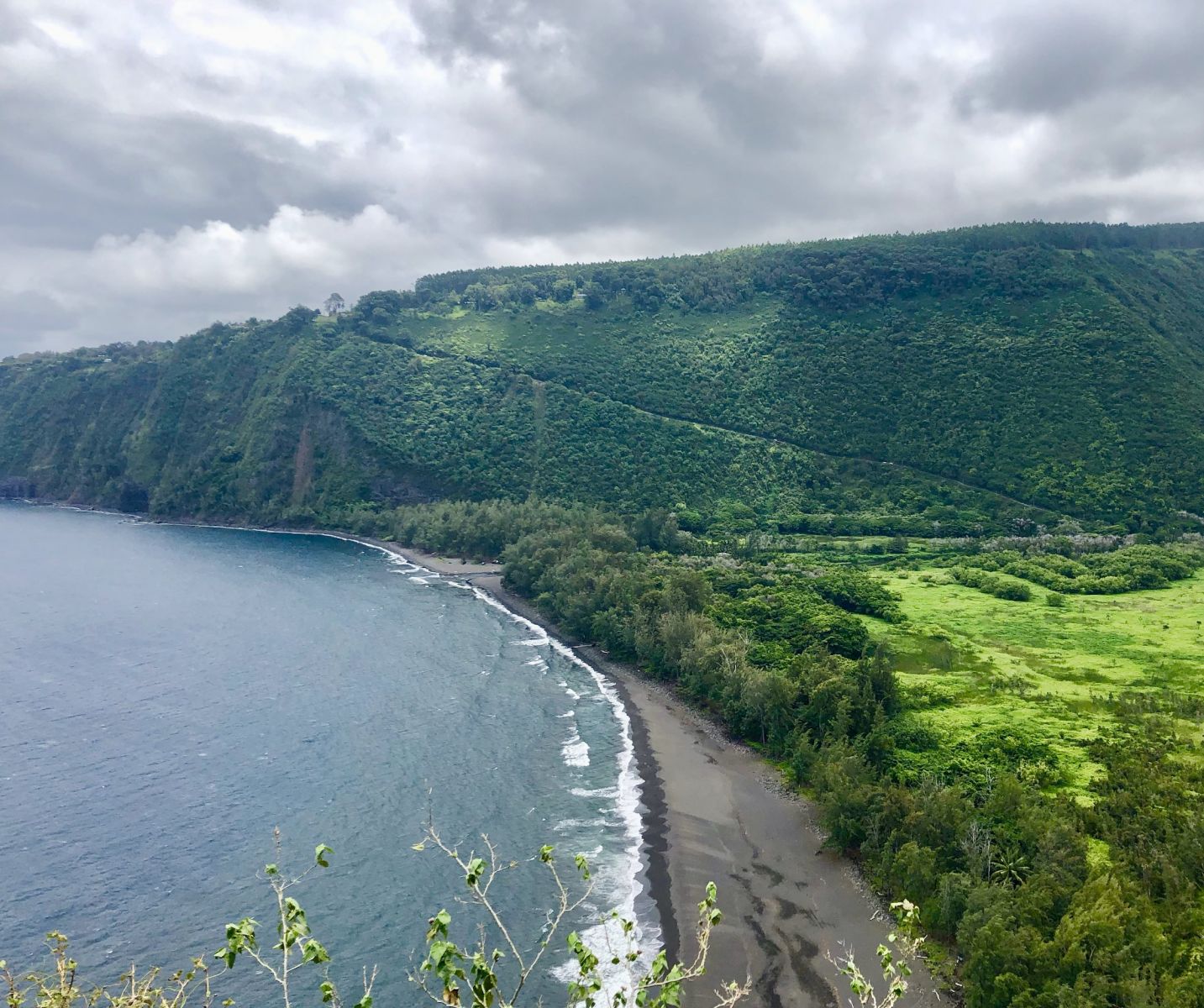 The driest location in the state of Hawaii is South Kohala, which includes Mauna Kea Resort, Mauna Lani Resort and Waikoloa. In South Kohala, rain is rare in the summer, and drops fall on a few scattered days during the winter months - often in brief heavy downpours. A sign that rain may be on the way is when the trade winds reverse and "Kona winds" arrive, bringing moist tropical air from the south. Kona Storms occasionally bring several days of southerly winds and rainy or overcast skies. 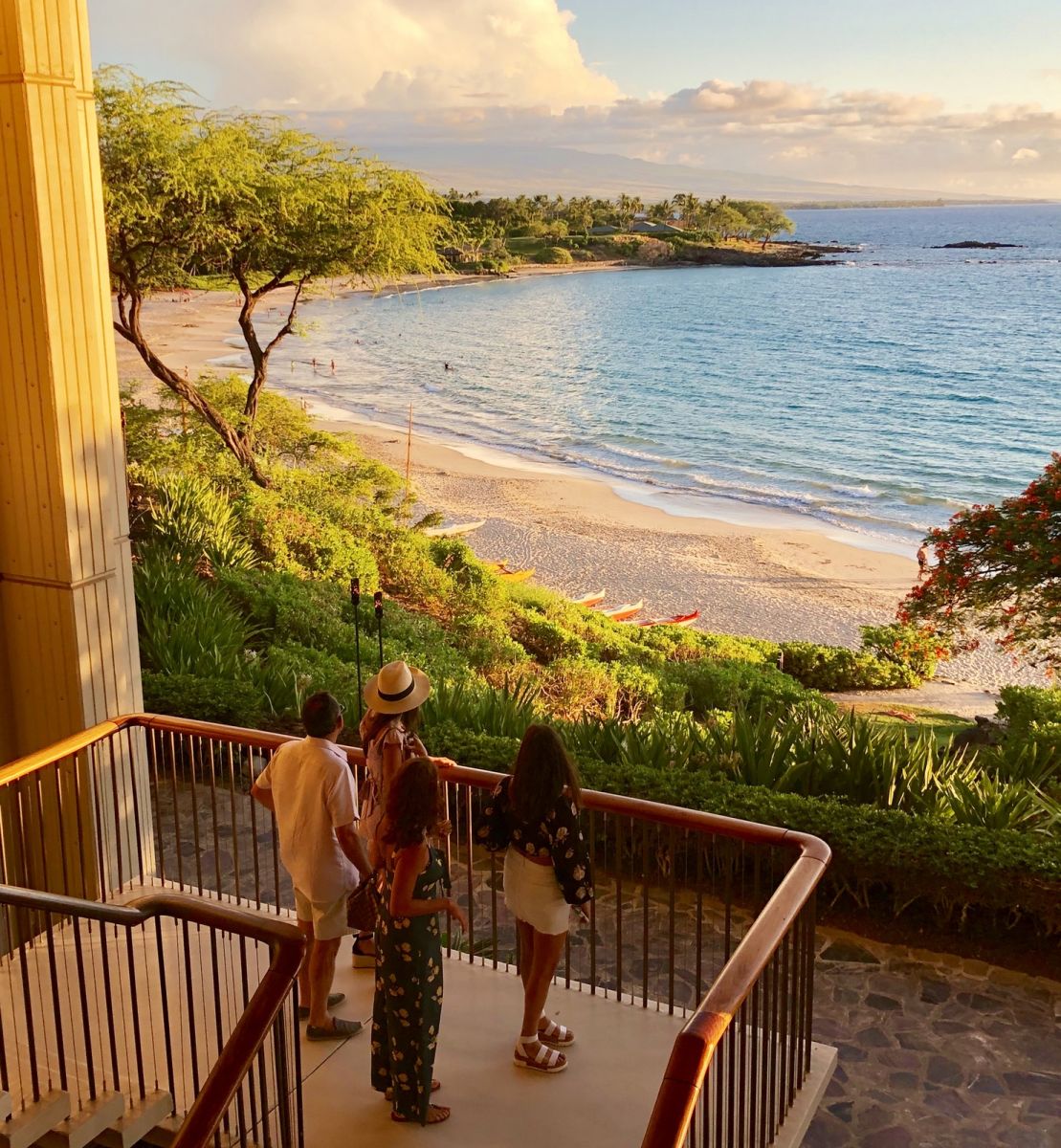 The east side of the Big Island, including Hilo, Honoka'a and Puna, are much wetter than South Kohala - often averaging 10 to 20 times more rainfall each year. The east side of the Big Island is thick with tropical rainforests, streams and waterfalls. Areas on the windward slopes of Mauna Kea and Mauna Loa, in particular, may see heavy rain for weeks at a time during the winter.

Hawaii's weather also varies by elevation - particularly on the Big Island. The town of Waimea, at 2,500ft above sea level, tends to see cooler day time temperatures and cold nights during the winter. The summits of Mauna Kea and Mauna Loa, both nearly 14,000ft tall, experience regular snow during the winter - and sometimes even a light dusting of Hawaiian snow during the summer.

With so many different climates, the Big Island is the only place in the world where you can ski in the morning, then lounge on a tropical beach before lunchtime.