All About Hawaii's Many Sand Colors: From Black to Green Sand Beaches 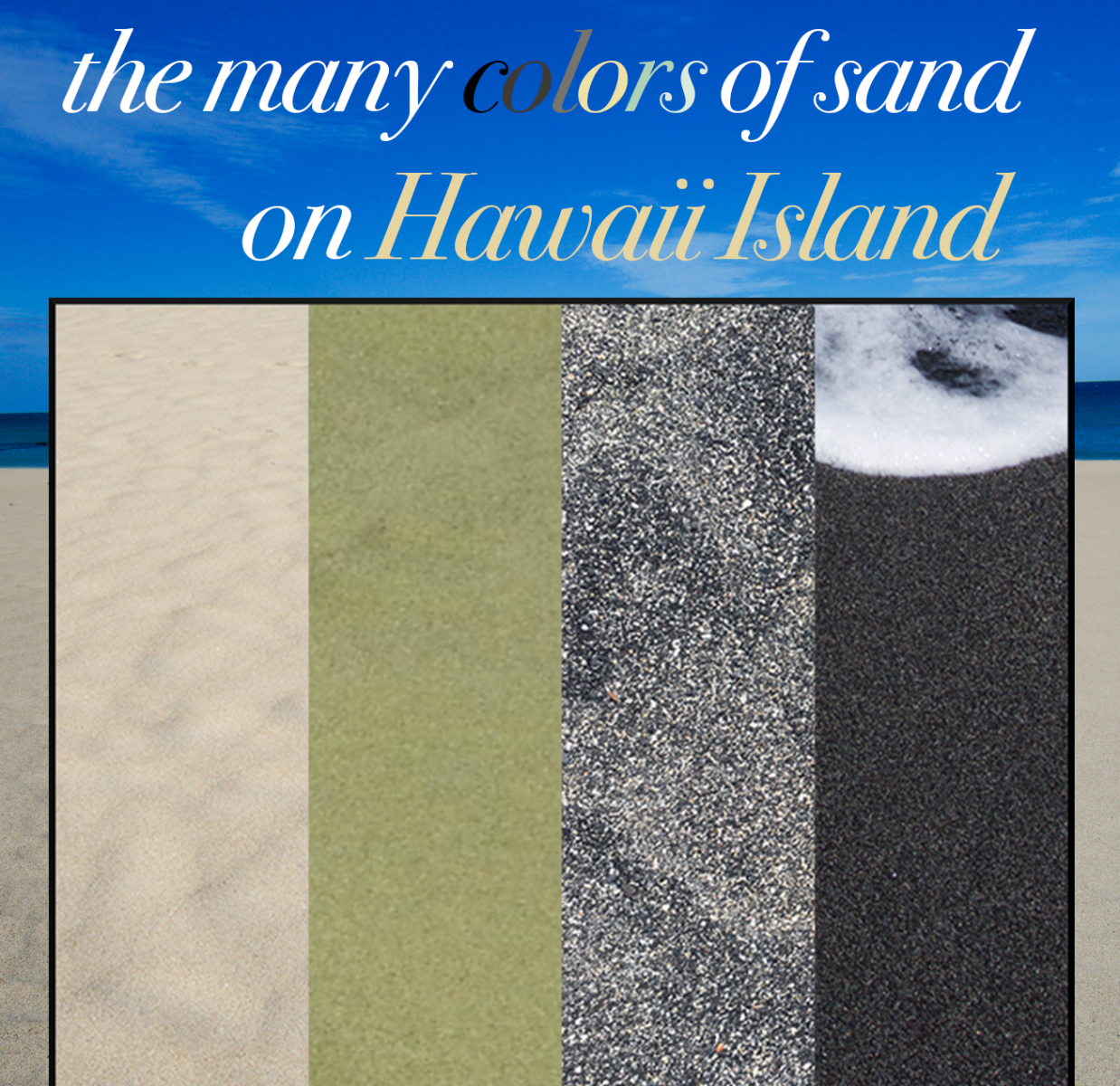 The Big Island of Hawaii has the world’s most colorful sands. From sugar white to black and even green sand, the island is surrounded by beaches that are sure to impressive even the most seasoned travelers. Take a journey around the island and learn how each sand type forms, and where to find it.

White sand is produced by the breakdown of offshore corals. Since coral is rather ubiquitous in the tropics, it is by far the most common type of sand found around the world.

The Big Island of Hawaii is geologically young - the majority of the landmass is less than 400,000 years old. Due to its age, the island has far less reef development than older islands such as Oahu and Kauai. As a result, white sand beaches are less common and primarily found along the Kona-Kohala coastline.

White sand on the Big Island varies widely in shape and texture. Fine sand grains, ground down by large surf, can be found at Hapuna and Kauna’oa Bay. Further south near the Kona Airport, the shoreline contains coarser sand that is often mixed with smooth pieces of coral and shells. 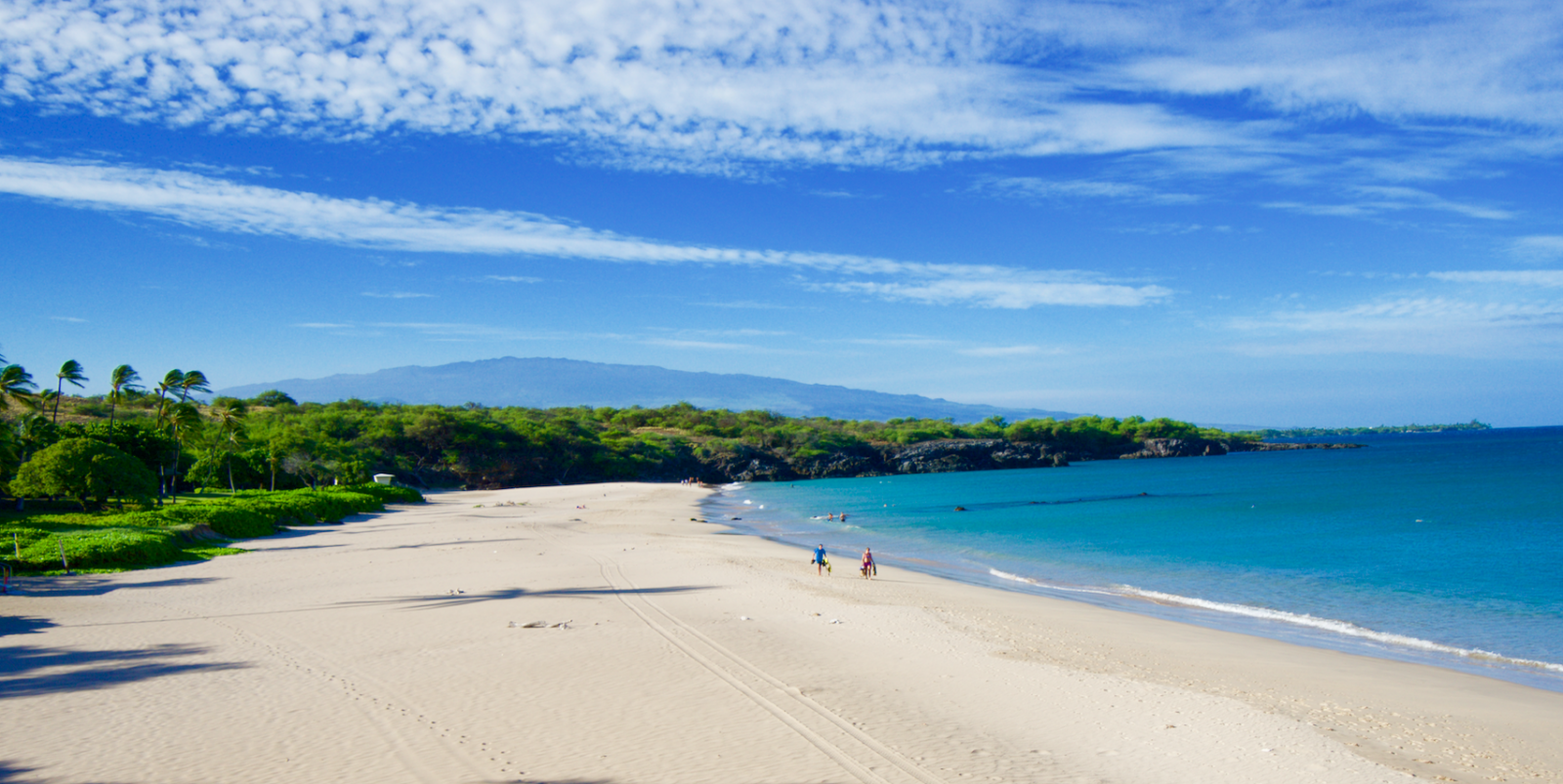 The Big Island is one of the most volcanically active regions in the world. Coastal lava rock is broken down year after year into one of the islands most unique treasures - black sand.

In terms of texture, black sand feels very similar to regular white sand. When viewed up close, however, the individual grains are revealed to be finely polished pieces of lava rock. Black sand beaches can develop quickly in areas where new lava flows meet the ocean - sometimes in a matter of months. Since black sand beaches form on newly created shoreline, they often lack extensive coral reef beds. 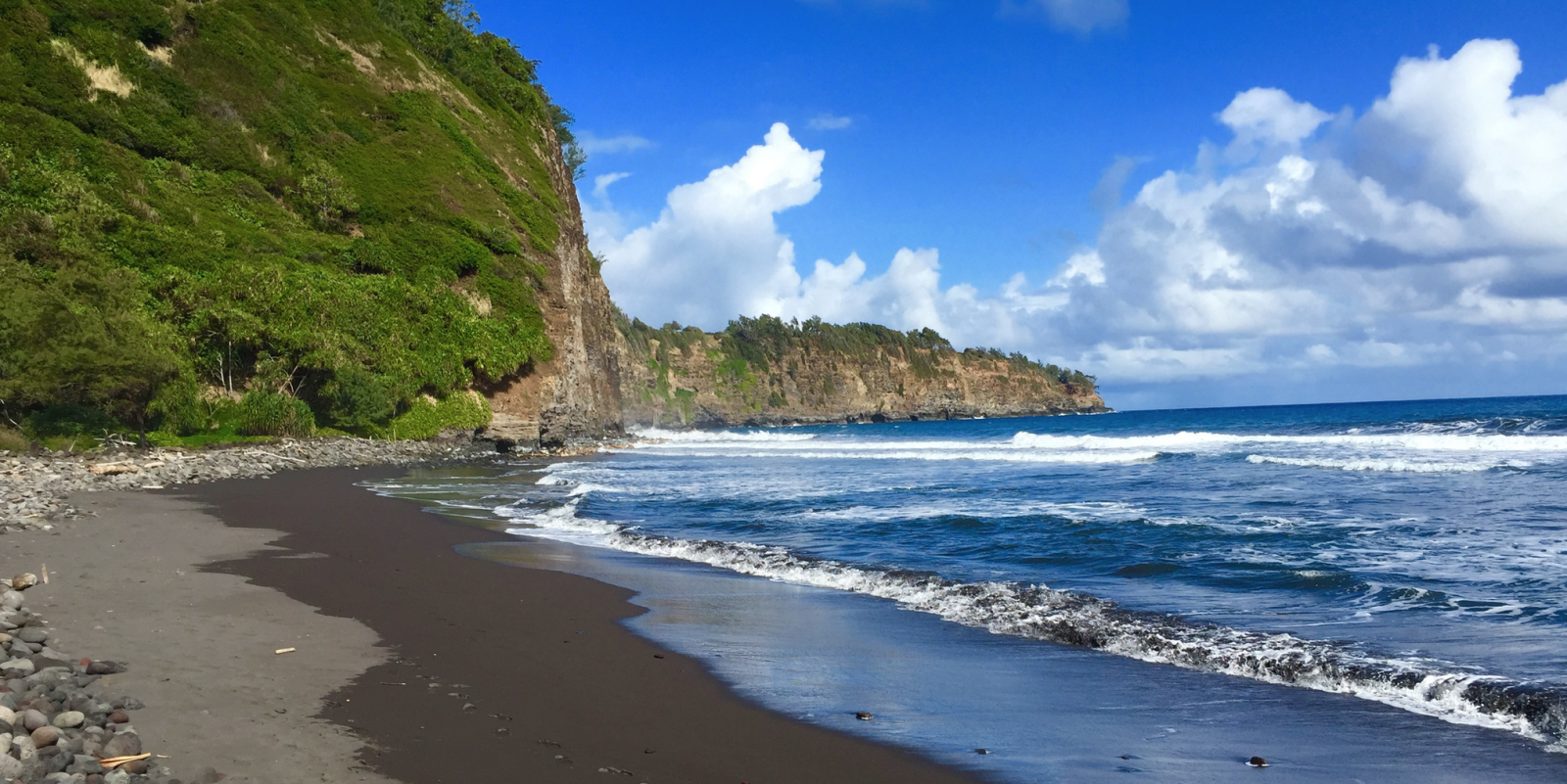 In certain areas on the Big Island, beaches are various shades of gray. The salt and pepper hues are a combination of coral and lava rock particles. Gray sand beaches tend to form in areas where extensive coral beds are located near recent lava flows. 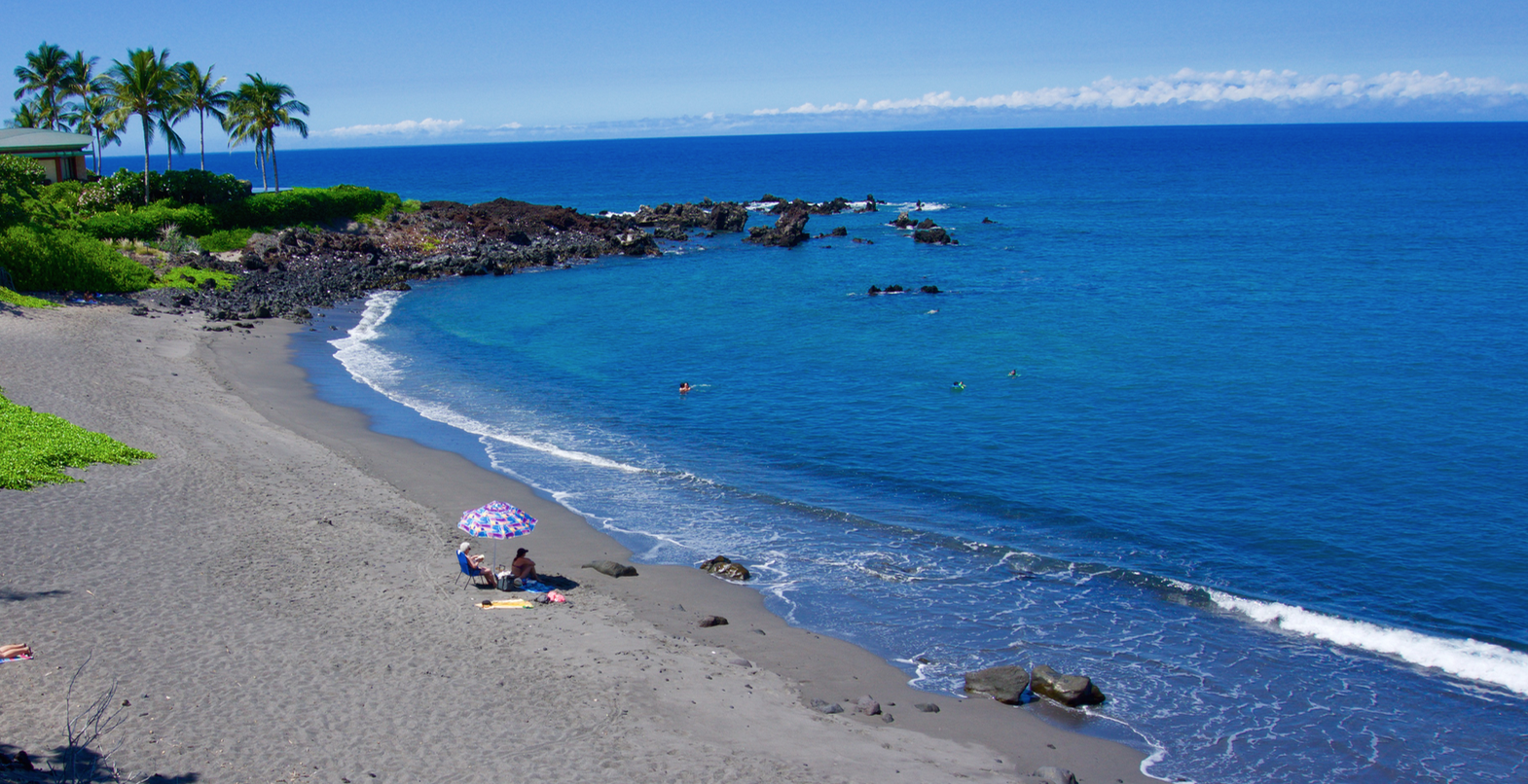 One of Hawaii’s many natural oddities is green sand beaches. While hues of green sand can be found throughout the island, only one area — Papakōlea Beach — is famous for its forest-colored sands. Green sand is made of fragmented olivine crystals, one of the only gemstones found on recently cooled volcanic rock. Due to the crystal’s high density, it tends to remain onshore while lighter sand particles are washed away.

Papakōlea Beach is located within an eroded cinder cone near the southern tip of the Big Island. The beach’s sand is composed of olivine and other minerals usually buried deep inside volcanic vents. 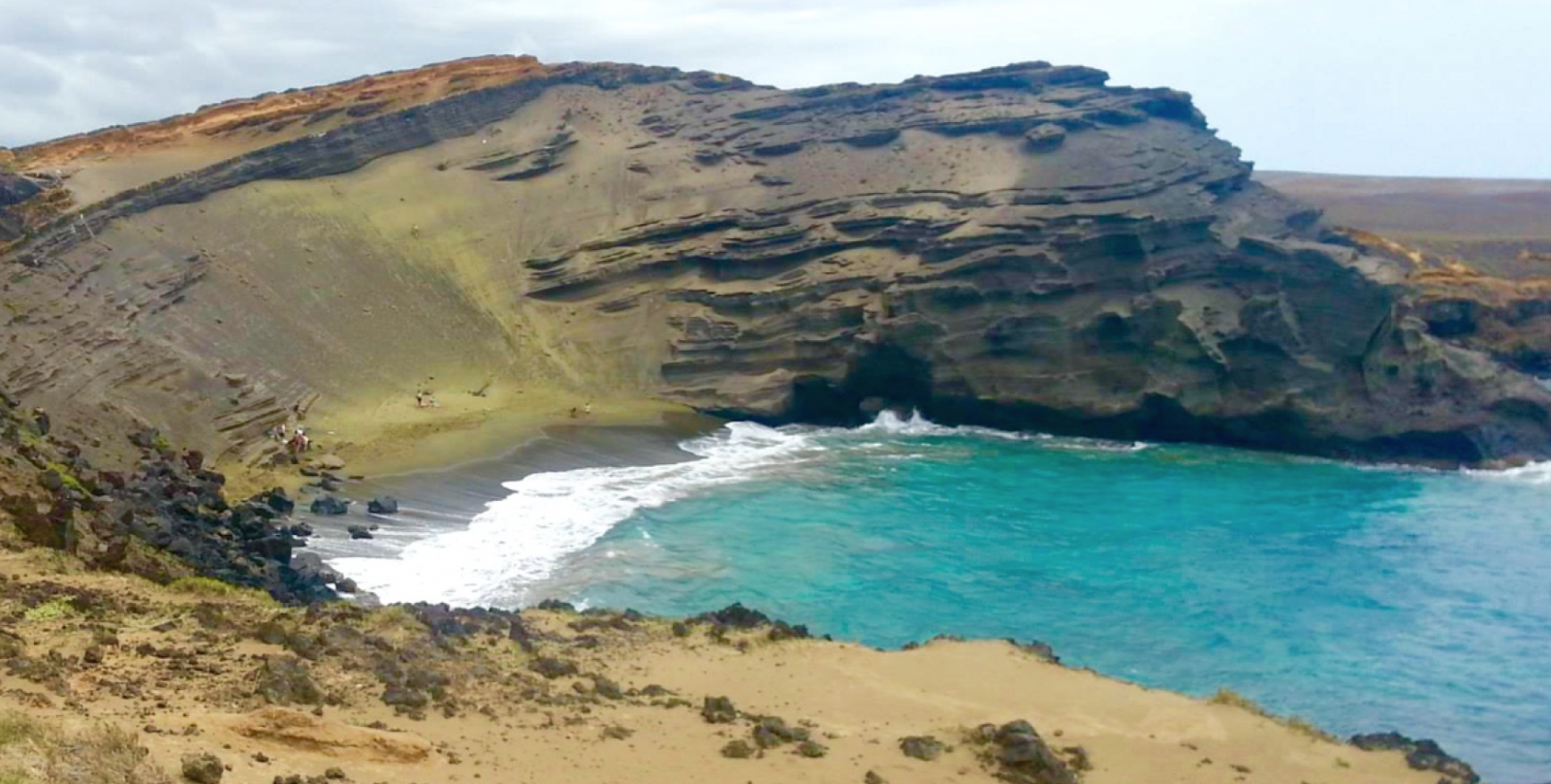