Did you know that the next Hawaiian Island is already forming under the Pacific Ocean? Or that glaciers once covered the tops of the Big Island's summits? Hawaii volcanoes are among the world's most active, and they have played a significant role in shaping the islands' landscape.

An undersea volcano named Lōʻihi (Low-Ee-Hee) is erupting 20 miles off the southeast coast of the Big Island. The volcano already stands more than 10,000 ft tall and is 400,000 years old, but its summit remains 3,000 ft below the sea surface. Lōʻihi is currently less active than its subterranean neighbor Kilauea, but the underwater volcano has created dozens of earthquake storms, and periodic eruptions continue to raise the height of the seamount towards the surface. 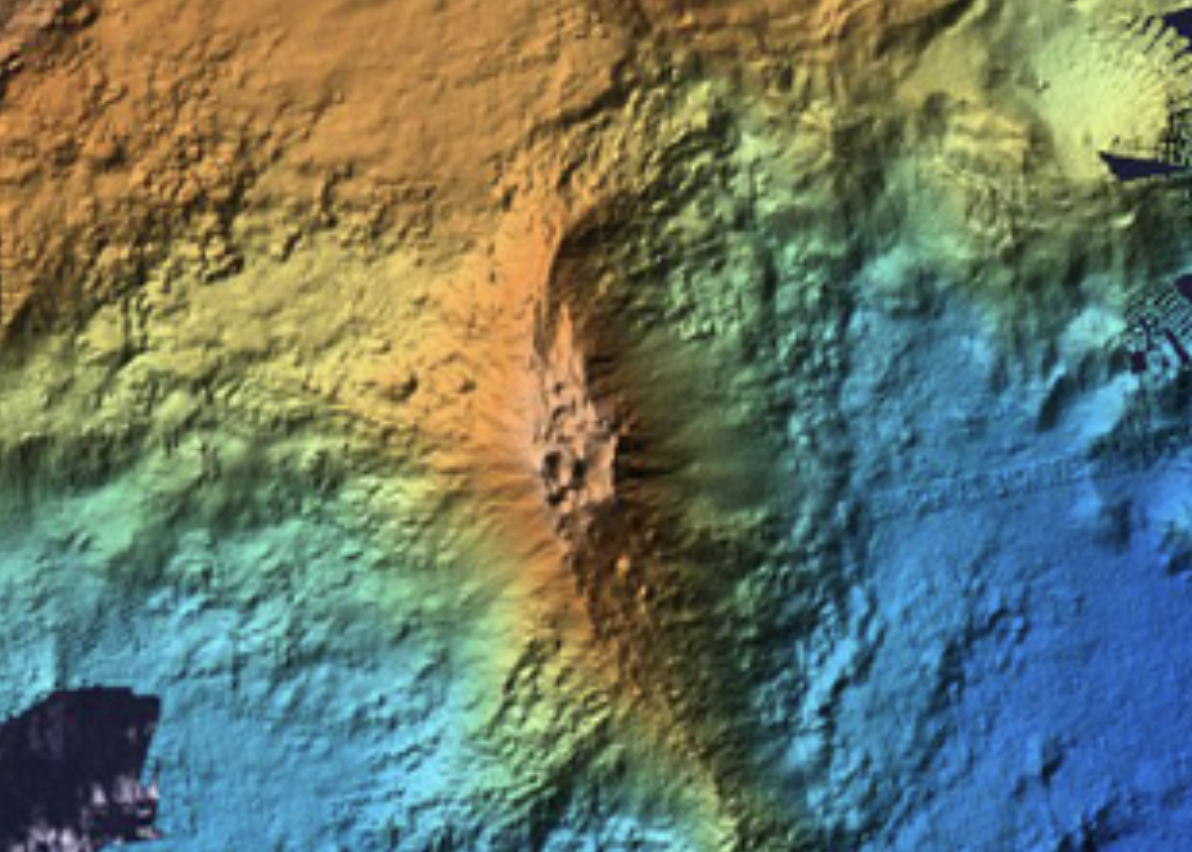 Lōʻihi will likely emerge from the ocean in the next 100,000 years, and possibly in less than half that time. The volcano may potentially merge with the Big Island, and may one day become a snow-capped mountain like the nearby summits of Mauna Kea and Mauna Loa volcanoes.

2. Hawaiian volcanoes were explosive during the last ice age.

Only 13,000 years ago, the world was in the midst of the most recent ice age. It is likely that the beaches of Hawaii still had fairly pleasant weather, though five to eight degrees cooler. The sea level was 300 ft lower at the time, expanding the area of the islands. The chillier temperatures lead to the formation of massive glaciers that capped the summits of Mauna Kea and Mauna Loa above 10,000 ft. The physical scars of this glacial episode are still visible on uncovered sections of Mauna Kea. Lava flows have covered all evidence of glaciation on Mauna Loa, which likely had a thick ice cap due to its shallow slope.

Large eruptions of lava on Mauna Loa occurred beneath thick deposits of ice and snow, leading to explosive eruptions far more powerful than contemporary activity. Thick ash deposits have been found in sedimentary samples throughout the Big Island.

3. The world's most massive volcano is located on the Big Island.

Kilauea on the southeastern slopes of the Big Island is currently the most active volcano in the state, but nearby Mauna Loa, which towers nearly 14,000 ft high, has erupted more than a dozen times since 1900. Mauna Loa is the largest above-ground mountain in the world, with very shallow slopes that make its appearance quite different from mountains of similar height in North America, such as Mount Rainier or Mount Shasta. The shield volcano is well-known for creating extremely high volume, fluid lava flows that lead to the mountain's shallow profile. Above sea level, Mauna Loa extends 70 miles from end-to-end, making up well over half of the Big Island's total area.

Underwater, Mauna Loa extends down another 16,500 ft to the sea floor - making it higher than Mt. Everest from base to peak. Even more amazingly, the volcano's massive volume (nearly 20,000 cubic miles) has depressed the earth's crust beneath it an additional five miles. If the volcano's entire height is taken into account, including crustal depression, then Mauna Loa is by far the world's tallest and largest mountain at over 55,000 ft!

4. The risk of volcanic hazards increases the farther southeast you travel in Hawaii.

The Hawaiian island chain was created by a stable hotspot in the earth’s mantle that acts like a chimney for magma deep within the mantle. While the hot spot remains stationary, the Pacific Ocean plate has been slowly sliding to the northwest towards Japan and Russia. Over millions of years, this process has lead to a chain of volcanoes - each new island forming generally to the southeast of the one before it.

On each Hawaiian island, the northwest coast generally consists of more ancient lava flows, while the east/southeast coasts contain geologically younger rocks. On the Big Island of Hawaii, the northwest coastline - including the Kohala and Hamakua Coasts - are situated largely on extinct Kohala mountain and long-dormant Mauna Kea volcano. As a result, the north section of the Big Island is not directly impacted by volcanic activity. White sand beaches are often a sign that volcanic activity has long since abated, while black sand beaches signal areas with geologically recent lava flows.

5. Older Hawaiian islands, such as Oahu and Kauai, used to be much taller.

The forces of erosion occur rapidly in the middle of the Pacific Ocean, so extinct Hawaiian volcanoes rapidly lose height and volume once they cease creating lava flows. Periodic landslides every few hundred thousand years can also dislodge entire slopes of mountains in one day. The islands of Oahu and Kauai have been subject to these erosional forces for millions of years and have lost a significant amount of size. 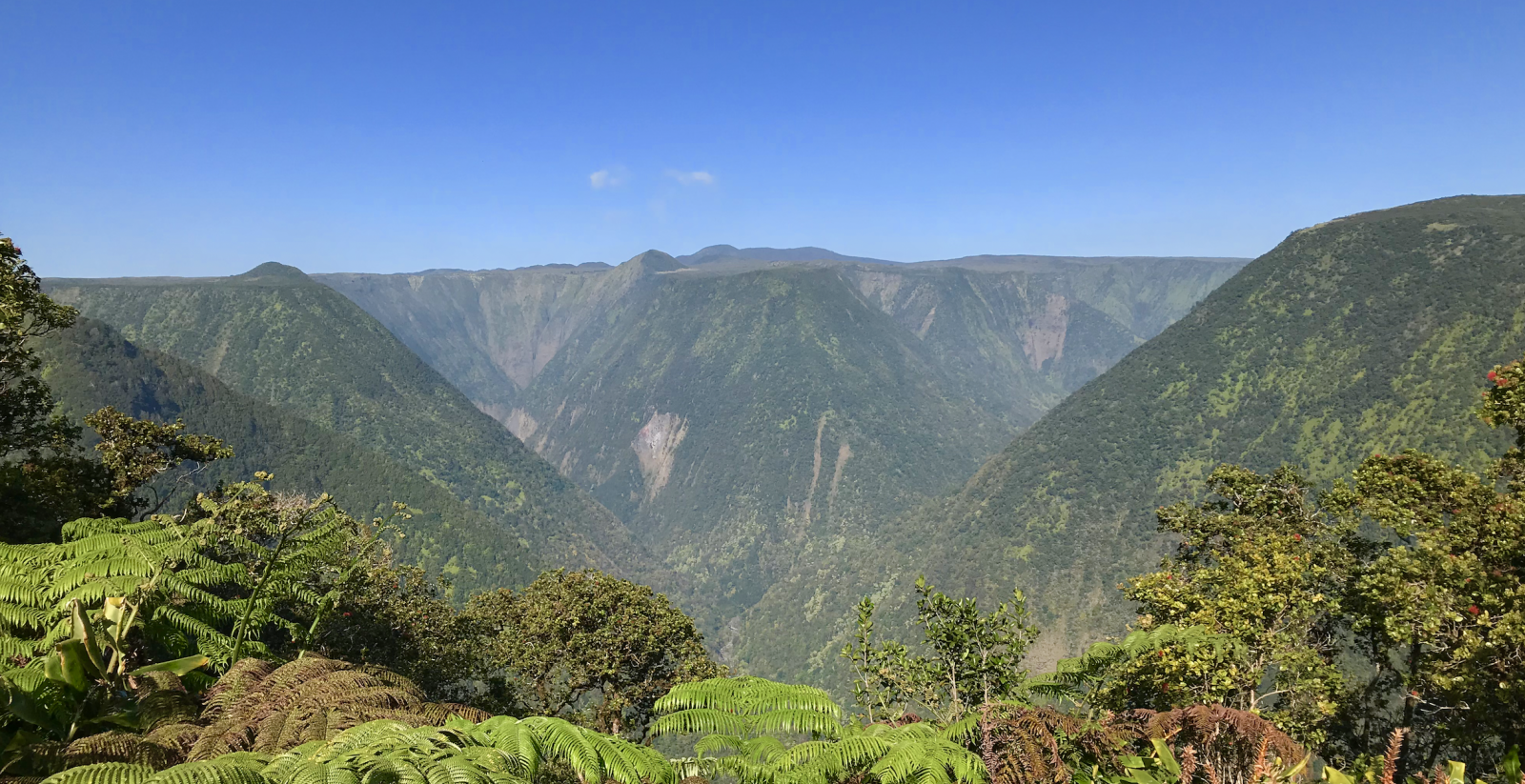 Scientists have estimated that the rugged Ko’olau Mountains on Oahu used to be 10,000 ft or perhaps even higher. The former caldera of this massive volcano has eroded into present day Kaneohe and Kaneohe Bay. Mount Waiʻaleʻale on Kauai, being both older and taller than the Ko’olau Mountains, may have once been tall enough to support snowfall and glaciers millions of years ago. The distant northwest Hawaiian islands, such as Midway Atoll, were once towering shield volcanoes that have since eroded into flat spits of sand.